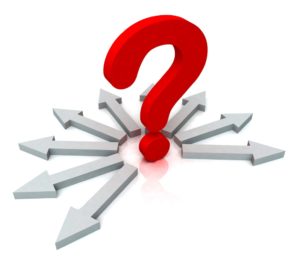 The ramifications of a second or subsequent DWI in Kansas are that you will be charged as a “multiple offender,” a status that has serious consequences and enhanced penalties if you are convicted. Kansas DUI laws will count any prior convictions and DUI Diversions since July 1st, 2001 in determining possible criminal penalties and sentencing enhancements for a current DUI – DWI offense. This means if a driver was charged with driving under the influence in KS last week, and he or she had a prior DUI conviction that occurred on or after 7/1/2001; they’d be charged with a class A misdemeanor. Visit our misdemeanor penalties page to learn more specific information.

It’s important to understand that the Department of Vehicles will initiate its own administrative proceeding against your right to operate a vehicle after your arrest. The DOV will look back over your entire record (lifetime lookback) in determining how many DUI offenses to count against you. This includes any diversions. You have just 14 days from the date of notice to request the driver’s license hearing at the DOV, and it is almost always a good idea to do so.

What will happen if I had 2 Prior DUIs?

Once the city or state knows you have 2 prior DUIs, it will consider whether the current drunk driving offense occurred within 10 years of either of your prior convictions. If so, you will be charged with a felony DUI. For mandatory DUI sentencing guidelines on a felony, visit our page here. If your priors were over 10 years ago, you will be charged with a Class A misdemeanor.

Will I go to jail on a third DUI in KS?

The judicial penalties for a 3rd time DUI are the same for misdemeanor and felony DUI convictions. The sentence is a minimum of 90 days up to a maximum of 1 year in jail. This means you cannot get probation until you have served at least 90 days in custody. However, after 48 hours in custody, some of that time can be spent on house arrest.

Multiple offenders will have to pay hefty fines and fees, including the installation and monthly fees for the ignition interlock device on their vehicle/s. A 3rd time DUI offender will likely be required to retake the driver’s test before any ignition interlock restricted driving is allowed. The DOR may also seek to revoke your license for 3 years under its Habitual Violator laws if you have other serious moving violations that have occurred within the previous 5 years.

Fighting the charges to prevent conviction is the best strategy. It is just as likely that a good DWI lawyer can defend and beat the charges on a second or third DUI offense as on a first-time DUI. If you need a free consultation for a DUI charge, please call our office today.