Home » The Kansas DUI Blog » What Are Your Rights When Pulled Over by KS Police?

What Are Your Rights When Pulled Over by KS Police? 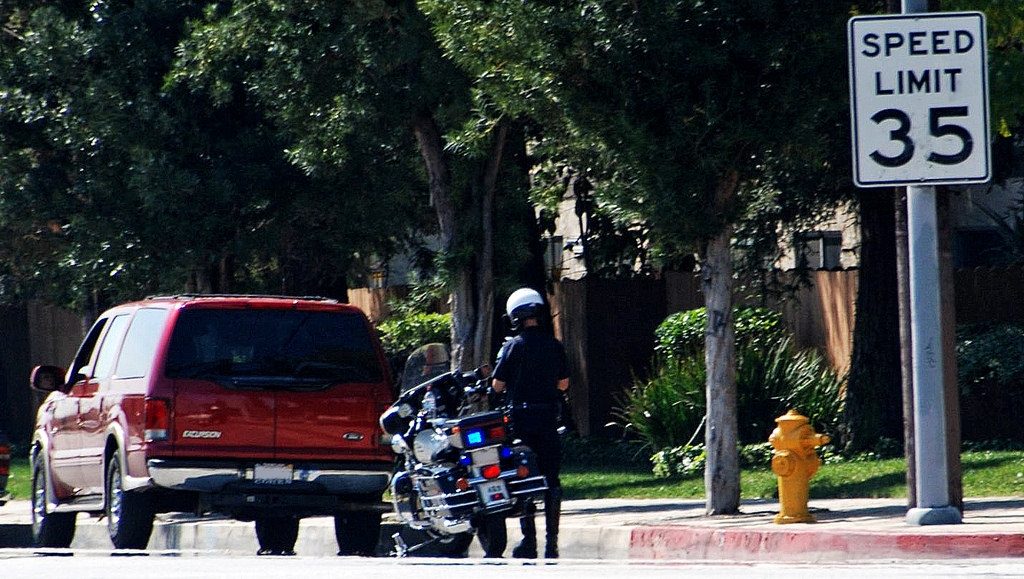 The laws on being pulled over by police in Kansas continue to evolve, and in many cases, expand, due in no small part to a 2014 decision by the U.S. Supreme Court. In Heien v North Carolina, an officer stopped a “suspicious vehicle” on the traffic violation that it had a missing brake light.

The problem was that the state’s laws required a minimum of one working brake light, which the car had. The High Court held that even though the police officer’s knowledge of the very laws he is hired to enforce was wrong, it was a “reasonable mistake,” and so all searches and evidence gained after the stop were rightly admissible at trial.

When you are commanded to pull over and stop by police, you are being detained. Usually what that means is that the red and blue emergency lights of a police car are activated. When you yield to those lights and stop for the officer, you have officially been “seized” as that terms is used in the 4th Amendment to the US Constitution.

What Your Rights Are During a Traffic Stop

When police stop your car, you have certain statutory and constitutional rights.

This is a constitutional right against self-incrimination, embodied in the 5th Amendment to the US Constitution. If you are asked, for instance, “Do you know why I stopped you?” you can say “No, officer.” Even though you may know, or think you know why you were stopped, it’s best to say that you don’t. A few more specific examples are if the officer asks: “Do you know how fast you were going?” Or “Have you had any alcohol?” Any answers you give to such inquiries can be used against you in court.

Police officers make submitting to field sobriety tests seem mandatory. First, they will start of with the ruse that they just want to “do some tests to make sure you’re OK to drive”, implying that they are going to let you go when, in reality, they know they are going to arrest you. If you hesitate, they can become more threatening. In fact, these tests are completely voluntary. No one is required to submit to field sobriety testing. It is imperative not to be belligerent or argumentative with officers at any time, so you’ll need to find a polite way to decline to volunteer if you decide you don’t want to take the physical balance and coordination tests.

The small, handheld device for taking an alcohol sample by breath is called a preliminary breath test. This is not technically a right, because refusing to take it will usually result in a ticket and a possible fine. However, under Kansas law, this is a non-moving traffic infraction, and it won’t go on your driving record. In the coming years, it may very well become law that you do, in fact, have a constitutional right to refuse a PBT. A breath test is a search and since the PBT is offered prior to an arrest, it is not considered admissible under the “search incident to arrest” exception to the Fourth Amendment. As a “voluntary search”, I don’t think a refusal to volunteer for a warrantless search can be charged against you.

This right under the Fourth Amendment is to protect citizens from unwarranted searches and seizures by government and its agents, such as law enforcement. Without probable cause, police need a search warrant to search your vehicle.

However, officers are trained to find and justify probable cause for a search. Don’t consent if the officer asks you if he or she can search or “look” inside your car. If they proceed without first asking, you can politely and clearly say that you “do not consent to any searches.” This will enable your defense attorney to later argue that the search was unlawful and may be a very helpful tactic in your defense.

However, once you are placed under arrest, the police have the right to search your vehicle “incident to the arrest” to look for objects related to the crime for which you were arrested. If you get arrested for a DUI in Kansas, that means driving under the influence of alcohol and/or drugs or any combination of the two. So, the police can search your car without a warrant after the arrest to look for alcohol or drugs, which means they can search about anywhere.