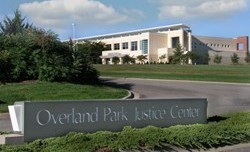 An Overland Park, Kansas DUI diversion or conviction will likely cost you more money than the same diversion or conviction in any other city. A first-time DUI diversion or conviction will cost in excess of $1,000.00 for court costs, diversion fees, fines, monitoring fees and ADSAP assessment. Generally, you have to have this money up-front before you can be placed on diversion. If you are given time to pay, you will have monthly court dates to review your payment progress. The court will allow fines and fees to be paid by doing community service, at the rate of $5.00 per hour. A second-time DUI in Overland Park will often cost in excess of $1,500.00. You will even get charged for each day that you spend in jail! So, getting convicted is not cheap.

If you have been charged with a DUI in Overland Park, your interests are served best by an experienced Kansas DUI lawyer who will fight for you and protect your interests.